Researchers from the University of Wollongong are farming and processing seaweeds from the Shoalhaven area as part of the project aimed at producing cell carriers in medical implants from biomaterials.

Seaweeds have already found a widespread use in a vast range of products such as toothpaste, skin care products, paint, ice cream and salad dressing.

It would appear that medical science is yet to fully grasp the healing properties of seaweeds, as recent researches in the field of glycobiology (the study of complex sugars called glycans in living organisms) have shown that seaweeds bear a great potential for developing biologically active materials for medical treatments.

Gel molecules taken from seaweeds are perfectly suited for building medical implants and tissue engineering as they provide the necessary structural support. Moreover, these molecules also act as a frontline defence and communication system when dealing with microorganisms such as viruses, bacteria and fungi.  This will present researchers with a broader range of biocompatible materials with the ability to fight infectious diseases.

Up until a few years ago, the cultivation and development of seaweeds in Australia was very limited. In 2009, a strategic network of researchers and industry people, under the umbrella of Seaweeds Australia, hosted at the UOW Shoalhaven Marine & Freshwater Centre in Nowra and under the guidance of Dr Pia Winberg, focused on extending this limited cultivation of seaweed and turning it into a viable industry branch. Dr Winberg has continued with the initiative to create a seaweed industry through the start-up operation Venus Shell Systems Pty Ltd.

According to the news release by the University of Wollongong, the recently established collaboration with UOW’s Intelligent Polymer Research Institute (IPRI) marine scientists will serve to determine how the properties of seaweeds can be harnessed for medical research, particularly in 3D printed implants and for cell compatible materials with bioactive properties.

Scientists will also extract other gels known as ulvans from seaweeds farmed at Shoalhaven. Dr Winberg says ulvans could be used in various medical treatments, serving as inhibitors for enzymes releasing sugar, as anticoagulants, and as antiviral and anti-inflammatory agents.

The ulvans will be studied for use as cell carriers in the recently launched BioPen, which will enable orthopaedic surgeons to deliver live cells and growth factors directly to the site of injury, speeding up the regeneration process of the bone and cartilage.

The BioPen was developed by researchers from the Australian Research Council Centre of Excellence for Electromaterials Science (ACES). It works similar to 3D printing methods by delivering cell material inside a biopolymer such as alginate, which is a seaweed extract, protected by a second, outer layer of gel material, which are later combined in the pen head as it is extruded onto the bone surface.

Farming seaweeds is also beneficial to the environment and the economy. Seaweeds strip waste products such as carbon and nitrogen from the ocean and are being used around the world to absorb nutrient inputs from aquaculture and coastal industrial sources. Further, they can be used to oxygenate water and overcome localized ocean acidification.

According to Dr Winberg Australia can contribute to the global 18 million tonne biomass industry in a very sophisticated way with a focus on biotech applications. 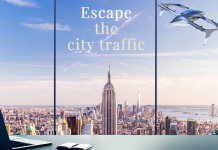