Australian flowers travel a relatively short distance from the farm to florist compared to imported varieties, which translates to exceptional shelf-life for Valentine’s Day bouquets.

“Country of origin labelling is not mandated for the flower industry, so many consumers are unaware of where their flowers were grown,” said Mr Lazzaro. “They might be surprised to learn that these flowers may have travelled thousands of kilometres before they even take them home, so it’s important to look for the Australian Made, Australian Grown logo to be sure you’re buying local. It’s the easiest way for consumers to support local businesses and to make sure their flowers have the authentic Aussie stamp of approval.”

Victorian rose grower and Director of Nood Blooms, Michael Allen, said while the first few weeks of the pandemic were hard, international border and freight restrictions have been good news for local growers causing a surge in demand for locally-grown flowers.

“It has been a great year for Australian flower farmers. While the reduction of weddings and events was initially challenging, state border restrictions and lockdowns have meant Australians have been separated from loved ones and as a result, sending more flowers as gifts,” Mr Allen said.

“Also, with a limited number of planes flying into Australia, the cost of freight has skyrocketed. As a result, the price of imported flowers has increased dramatically, meaning Australian flower growers can compete with the often cheaper, lower-quality flowers that come in from overseas.

A report published by Horticulture Innovation Australia, found that in 2019/20 Australia imported approximately $74.2 million worth of fresh-cut flowers, up from $66.8 million in 2016/17.

Recent Roy Morgan research found that since the pandemic more than half (52%) of Australians have shown a higher preference for Australian made products, with 73% likely to engage with businesses that partner with the Australian Made logo.

There is nothing like a locally grown bouquet, so help support Aussie growers this Valentine’s day. Look for the iconic green and gold kangaroo and ask your local florist ‘where are these flowers grown’ to find stunning Australian Grown flowers. 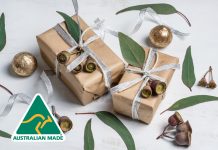 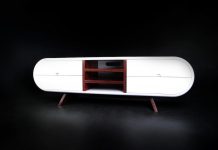