Helming the project, CEO Lombard has enlisted the expertise of Felix Goddard, ex-Tesla designer, to sign design and aerodynamic lines of Hopium Machina; and Loïc Bouillo, Programs Director and former-PSA and Safran employee, to orchestrate the vehicle’s development and technological platform.

Hopium claims the model will come equipped with “revolutionary proprietary technologies” and promises up to 50+ hp and 1000+ km of range within only 3 minutes – performances which the company claims have not yet been reached for hydrogen vehicles.

“Forward-looking, it will combine hyperconnectivity, safety and ergonomics in a cabin that is both sporty and comfortable, while meeting the environmental challenges of our era,” Hopium adds.

As it prepares the model for industrialization, Hopium revealed that the prototype is currently in an advanced manufacturing stage, the first in a series to validate technologies incorporated in the vehicle. 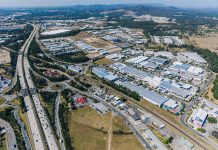 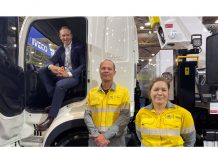 ANSTO leads the world in the development of innovative technologies to safely treat radioactive...