In Germany, a rise in manufacturing orders beat expectations in December, driven by the demand to source products away from the troubled euro zone. The latest figures, reported in The Wall Street Journal, could be a sign Europe’s largest economy may avoid recession amidst the debt crisis in Europe.
‘New orders rose 1.7% on the month in adjusted terms, after slumping by a downwardly revised 4.9% in November, data from the economics ministry showed Monday. Experts polled by Dow Jones Newswires had expected an increase of 1% in December.’ Read More

Sustainable Practices: Diverting more than 5 million plastic bottles from landfills into Toys.
West Paw Design, a small manufacturer based in Montana, USA, specialising in the manufacture of pet toys and beds, uses IntelliLoft—a fiber created from 100 percent post?consumer recycled plastic soda bottles—to fill their stuffed pet beds and toys. Since 2006, the company has helped divert more than 5 million plastic bottles from landfills through this practice.

LAURA D’ANDREA TYSON reported in the New York Times that ‘during the last two years, the [US] manufacturing sector has led the economic recovery, expanding by about 10 percent and adding more than 300,000 jobs.

Admittedly, this is a small number compared with overall private-sector job gains of 3.7 million during the same period, but it reverses the trend of declining manufacturing employment since the late 1990s.’ Read More>

Property Services AM News - October 18, 2020
Let us help bring new life into your pool with our expertise in pool renovations and pool resurfacing. With years of experience in making old swimming pools like new again, we have the knowledge to get the job done right. Whether you need pool tiling, pool coping, pebble or concrete interiors, we're perfect for the job. Give us a call to find out more and get a free quote. 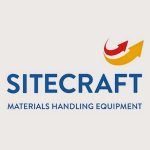 Industrial & Construction AM News - October 18, 2020
Sitecraft is one of Australia’s largest sellers of materials handling and lifting equipment. Our conveniently located Melbourne-based head office and distribution centre can deliver products to all major centres. And, our extensive inventory holdings enable us to fast-track dispatch of key stock orders. We have also opened secondary sales offices and warehouses in Brisbane and Sydney. This allows us to deliver an even greater level of service to our loyal NSW and Queensland customers. History Sitecraft is a dynamic business that is recognised as an industry leader. Since it was founded in 1992, we have provided products and services to a broad range of industry sectors including; Manufacturing, Logistics, Distribution, Mining, Defence, and Government Organisations. Recent strategic acquisitions and affiliations have given Sitecraft a global footprint and enhanced our ability to provide an even greater level of customer service nationally.

Curtains on The Net

Property Services AM News - October 19, 2020
We offer a vast selection of custom and ready-made curtains. Buy quality curtains online at the lowest prices with FREE delivery across Australia. Shop Now!