Deputy Premier Andrew Fraser and Nepean Mining have announced plans to build a new manufacturing facility at the Port of Mackay.

The construction of the $50 million manufacturing plant will further feed the mining industry in Australia with the creation of at least 400 new full-time jobs.

The daily Mercury reports that this plant will be geared towards supplying a range of equipment for coal mining operations, including above-ground conveyors and in-pit crushing and conveying systems.

Although no precise dates have been confirmed, construction is said to start early this year and be completed by the year end.

The 5.8-hectare facility will include an R & D division, focusing on developing new mining technologies and will hold mine training and safety programs. Along with this, there will be dedicated lines set up to manufacture conveyors, transfer stations and other mining related infrastructure.

Mackay is an area that is fast becoming an industry hub for the Queensland state. Jan Jarratt, Minister for Manufacturing, told the ABC that the new facility shows the extent of the resources boom and that they have announcements of new and exciting projects from Hay Point right through to Abbot Point. She went on further to say, “The whole region with the Bowen Basin, the Galilee Basin, is just booming and the potential employment generation and wealth generation out of this area of Queensland is huge.”

According to the Mercury, the idea behind the plant “stemmed from idle coffee chit chat with (North Queensland Bulk Ports deputy CEO) Jeff Stewart-Harris.” 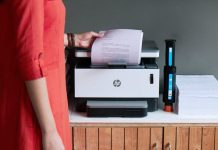