The Abbott Government’s decision to abolish the Industry Skills Council has crippled Australia’s capacity to compete in the global skills race, ending two decades of tripartite cooperation on training development and effectively condemning Australian industry to a looming skills crisis, the Electrical Trades Union (ETU) of Australia stated in a media release.

ETU has qualified Industry Minister Ian McFarlane’s decision to abolish the Council and hand over training packages and workforce development to a bidding process as short-sighted and ideologically driven, with potentially catastrophic consequences for Australian industry.

“Where currently we have a model that brings together voices from throughout an industry, combined with specialist staff who intimately understand the sector, we will be left with narrow, self-interested training that don’t provide the skills we need for the future. Only last year, the Australian Chamber of Commerce and Industry and the Australian Industry Group joined with unions to reaffirm support for the current model of national industry training packages as the backbone of a training system that will provide the skills for the future,” ETU national secretary Allen Hicks said.

“The twenty-first century is already being defined by a global skills race, with those nations that have the best trained workers at a major competitive edge as businesses are increasingly forced to compete internationally. Making sure workers have the skills they need, not just for now but the decades ahead, is the most strategically important act the Federal Government can do to secure our place in the global economy.”

Industry Skills Councils, which operated throughout the Howard, Rudd and Gillard Governments, brought  together industry, unions, training organisations, students, workers, and other voices in the vocational training sector to identify the skills needed in the years ahead, and ensure workers acquire them.

Mr Hicks said that in 2012 there were 1.5 million students enrolled in training package qualifications, developed by industry skills councils, while 79% of all changes to those packages were the result of specific industry needs.

“Industry Skills Councils actively support the ongoing development and improvement of training material, bringing together a broad range of voices to ensure we not only have the skills needed for today, but that the emerging skill needs of new industries are also met,” he said.

“Before we had this system, there were more than 16,000 accredited courses, each developed by individual training providers to varying degrees of quality and currency, which is why the current national training system was introduced two decades ago. Without properly funded Industry Skills Councils we risk returning to the chaos of the past, where workers are trained for the needs of one employer, rather than a whole industry.” 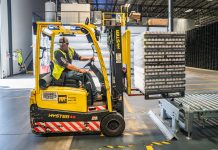