Woodside has teamed up with mining giants Rio Tinto and BHP Billiton to investigate the commercial feasibility of LNG-fuelled iron ore bulk carriers, with the initial study focusing on the Capesize class.

The Joint Industry Project will be led by classification body DNV GL and supported by the Shanghai Merchant Design and Research Institute (SDARI) and Japanese transport company Mitsui O.S.L. Lines.

Woodside CEO Peter Coleman said the new regulations from the International Marine Organisation – which will restrict the sulphur content of marine fuels from 2020 – make LNG a particularly attractive alternative.

“As Australia’s leading producer of LNG, Woodside is pleased to be working with the mining and shipping industries to explore the potential for LNG fuel use by bulk carriers on the ‘Green Corridor’ trade routes between Australia and China,” Mr Coleman said.

“Woodside has recently taken delivery of the first LNG-fuelled marine support vessel in the southern hemisphere, the Siem Thiima. Following the successful introduction of this vessel into our operations, Woodside will assess the viability of further adoption of LNG-fuelling of our vessels. We commend DNV GL for leading this project.”

LNG emits 25% less carbon than diesel and 30% less than heavy fuel oil. Additionally, it only emits traces of sulphur and particulates. 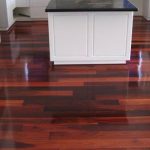 Get the best deals on quality timber floors

mikescarpets - December 18, 2014
At Mike's Carpet Discounters, we know and understand the importance of your time, money and desire for a quality piece of timber floor. That's...