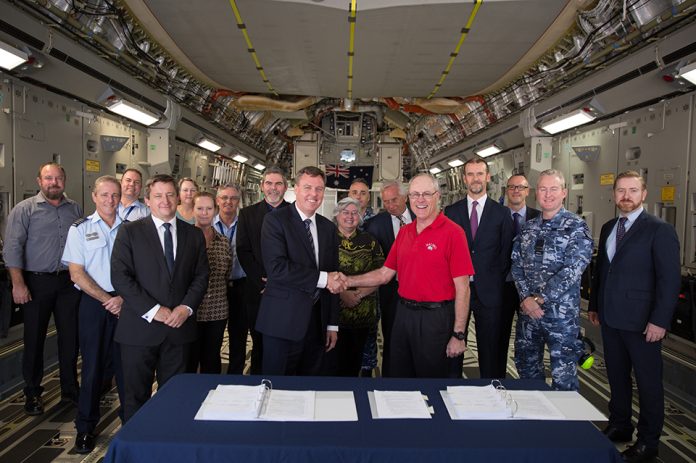 The contract, which is for an initial five-year term, commences in October 2017 and includes management of services, provision of integration, engineering, and maintenance.

The company’s Vice President and MD Darren Edwards said the agreement strengthened Boeing’s commitment to being a ‘responsive in-service support partner of choice for the RAAF’.

“This contract builds on Boeing’s position as a leader in sustainment services, providing support to more Australian Defence Force aircraft than any other company.”

“The new arrangement replaces some elements of the existing sustainment arrangements with the US Government, while keeping Australia in the global supply system for C-17,” the Minister added.

“This contract rationalises Australian unique support services and ensures a cost effective, flexible and modern sustainment management arrangement both now and into the future.”

AWD and the Future Submarine project hang on the balance as SA fears further...