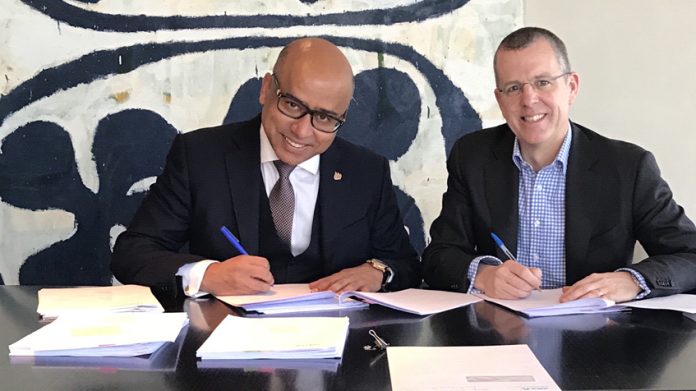 The official handing over of Arrium’s steelworks and mine to its new owner was celebrated at a special ceremony that brings to an end 16 months of uncertainty for workers, their families, supply chain businesses and the broader Whyalla community.

Commenting on the takeover, SA Premier Jay Weatherill said the deal marks the beginning of a hugely promising partnership with the GFG Alliance.

“Whyalla is the birthplace of the Australian steel industry, and I commend GFG and Mr Gupta for seeing the potential in the region,” the Premier said.

“The vision and strategy that underpins this acquisition means that the livelihoods of thousands of people have been secured, and that the region will prosper. South Australia looks forward to seeing Whyalla steel increasingly competing in the global marketplace.”

GFG Alliance said it would embark on a 100-day review of the business and finalise a transformation plan to put the 6,000-worker enterprise, on a ‘competitive, sustainable footing’.

According to the company, this will include finalisation of plans for major capital investments across several sites, utilisation of excess production capacity, reduction in raw material costs, greater energy efficiency, the development of new high value-added steel and steel-based products and services for the Australian market and increasing export of iron ore and steel products.

Speaking ahead of the formal handover event on Friday, GFG’s Executive Chairman Sanjeev Gupta outlined some key elements of GFG’s intended transformation plan to expand the capability and capacity of its new Australian businesses.

He said the company will invest up to US$1 billion across the Whyalla steelworks and mining businesses to modernise key parts of the plant, expand steel-making capacity and the range of steel grades and downstream products produced.

According to Mr Gupta, the investment will also be aimed at improving the energy generation capabilities and boosting capacity utilisation at the world-class electric arc furnaces and rolling mills in Melbourne, Sydney and Newcastle.

“This is a historic moment. After a long period of uncertainty, the GFG Alliance and this highly-skilled and committed workforce can now work together to be the authors of an exciting new chapter in the Australian steel industry,” Mr Gupta added.

“As we now focus on our plans for investment and growth, we have every reason to be confident that this business shall increase its already significant role in supporting the construction of Australia’s future.”

Treasurer Tom Koutsantonis described the transaction as ‘the beginning of a new chapter’ for a city that produces the highest quality steel in the world.

“There is a renewed sense of confidence and optimism about the future in Whyalla since the sale of the steelworks and mine, and I congratulate the people of Whyalla and Mr Gupta on this important day for the steel city.”

Under the agreement, the former Arrium mining and port operations will now be rebranded as SIMEC Mining and SIMEC Infrastructure divisions respectively while OneSteel and its operating divisions will become Liberty OneSteel.

ARC, Austube Mills and product brands such as Cyclone and Waratah will remain unchanged.