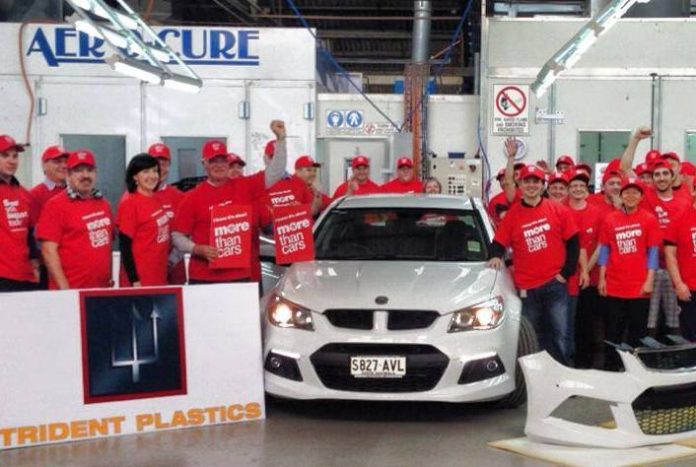 In parallel with the growing order book, the St Clair based business has also increased its workforce with the addition of 14 former auto workers at its Woodville factory which operates around the clock.

The privately owned business started diversifying in 2009 after the Global Financial Crisis, with their efforts culminating in 2015 when the company purchased the largest plastic moulding machine in the Southern Hemisphere to manufacture plastic rubbish bins for the domestic and overseas markets.

“At Trident, we started diversifying in 2009 after the Global Financial Crisis, but only gained momentum when we received the diversification grants. Now, our business has grown about 35 per cent per year for the past three years,” Mr Saurbrey remarked.

“Having supplied to the automotive industry for more than 20 years, our staff are competent with systems and procedures which has made it easier for us to manufacture new products. We currently employ about 14 workers from other automotive suppliers and Holden, and we are currently looking to employ more workers from the auto industry once GM closes.

Minister for Automotive Transformation Kyam Maher said Trident’s successful diversification was a great example of government and business working together.

“Trident’s story is a remarkable one – not only has it successfully diversified – but it has increased its workforce since Holden announced it would close its Elizabeth factory,” the Minister said.