Nissan, Japan’s second largest carmaker announced that it will resume production at six factories in Japan. This is to supply auto-parts to overseas carmakers. Foreign carmakers such as General Motors and Renault had been affected by the shutdown in the wake of Japan’s recent natural disaster. However, Nissan will not be able to run its production at full capacity due to more rolling black-outs across the nation. Other carmakers namely Toyota, Mazda, Mitsubishi and Honda have/ will resume production mid this week and next week. 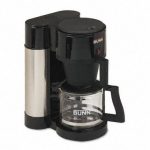 shantellemccay - May 19, 2015
Are you looking for a coffee maker? Then you must try the Bunn HBXB Stainless Steel and Black 10-Cup Professional Home Coffee Brewer from...

New Phebra facility is an example of pharmaceutical manufacturing success