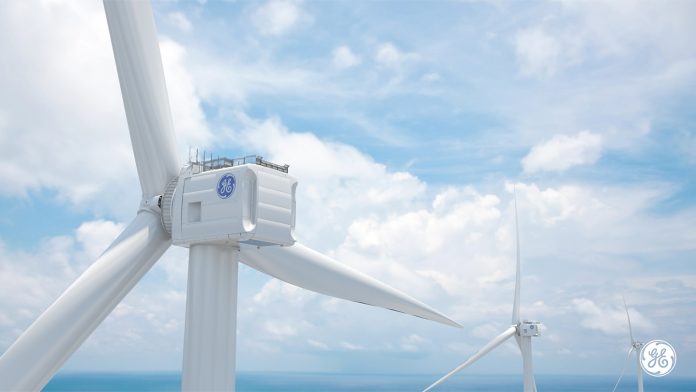 GE Renewable Energy will develop the world’s largest and most powerful offshore wind turbine which will generate up to 67 GWh annually, enough renewable energy to power about 16,000 households.

Featuring a 12 MW direct drive generator and an industry leading gross capacity factor of 63%, the 280-metre Haliade-X turbine will produce 45% more energy than any other offshore turbine available today.

It will also feature a 220-meter rotor and 107-meter-long blades, the longest offshore blades to date.

John Flannery, Chairman and CEO of GE, said the company will invest more than $400 million over the next three to five years in development and deployment of the Haliade-X.

“We want to lead in the technologies that are driving the global energy transition,” Mr Flannery added.

“Offshore wind is one of those technologies and we will bring the full resources of GE to make the Haliade-X program successful for our customers.”

Jérôme Pécresse, President and CEO of GE Renewable Energy said the ability to produce more power from a single turbine means a smaller number of turbines in the total farm, which translates to less capital expenditure for the balance of plant and reduced risk in project execution as the installation cycle time is reduced.

“The renewables industry took more than 20 years to install the first 17 GW of offshore wind. Today, the industry forecasts that it will install more than 90 GW over the next 12 years. This is being driven by lower cost of electricity from scale and technology,” Mr Pécresse continued.

“The Haliade-X shows GE’s commitment to the offshore wind segment and will set a new benchmark for cost of electricity, thus driving more offshore growth.”