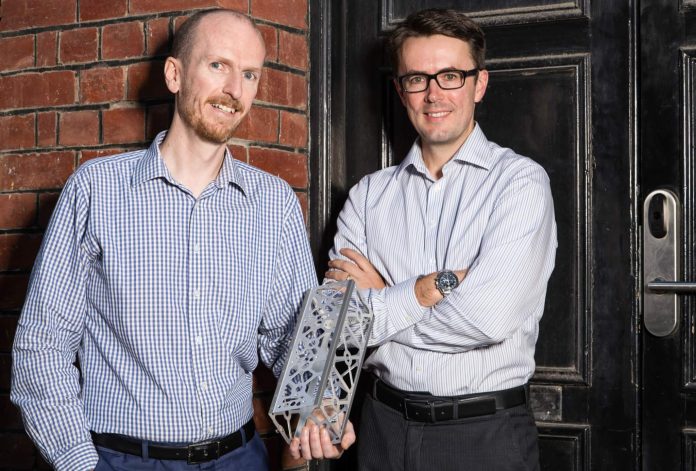 Boeing has announced that it will invest in South Australian start-up telecommunications company Myriota, giving the company the much needed boost to achieve its mission of launching satellites the size of shoeboxes to orbit 500 kilometres above Earth.

“Part of the mission of Boeing HorizonX is to pursue and accelerate innovations coming out of start-ups around the world. By investing in Myriota, we are proud to support Australia’s start-up ecosystem and growing space industry,” said Steve Nordlund, vice president of Boeing HorizonX.

“Myriota’s technology influences how we think about space-based communications and connectivity in remote locations.”

Commenting on the announcement Minister for Defence Industry, the Hon Christopher Pyne MP said that the investment is further proof that Aussie start-ups can compete on a global scale.

“I commend Boeing for showing a willingness to invest in Australian industry. By doing so, they prove that the Australian defence industry is export ready,” the Minister said.

Founded in Adelaide, Australia in 2015 as a spin-out from the University of South Australia, Myriota was one of the two chosen companies (the other being IMeasureU) to develop the ‘Fight Recorder’, which is basically the equivalent of a Black Box for soldiers. The “Fight Recorder” uses Myriota’s technology for emergency beaconing to locate and aid injured soldiers but can also be used in law enforcement and emergency services as well once it is fully developed.

“We formed Myriota to solve a major connectivity problem: hundreds of millions of devices that need to communicate but don’t have cost-effective, battery-friendly networks to do so,” said Myriota CEO Alex Grant.

“The scale of this investment, with strong domestic venture capital leadership and strategic participation by global investors is significant for Myriota, and our vision to deliver IoT connectivity for everyone, everywhere.”

Yesterday, the company announced that it had successfully closed a US$15 million Series A funding round led by Australian VC firms Main Sequence Ventures and Blue Sky Venture Capital. Boeing’s investment was part of this funding round which also included Singtel Innov8 and Right Click Capital.

“The internet of things has a major connectivity problem: hundreds of millions of devices that need to communicate but don’t have cost-effective, battery friendly networks to do so. Myriota solves this problem,” Myriota CEO Dr Alex Grant said.

“The fact we have managed to engage such a stellar list of investors doesn’t just underline the quality of our tech and IP – it also gives us access to highly strategic resources and capabilities as we move to the next level. We are excited to have global investors like Boeing HorizonX and Singtel Innov8 supporting our mission to deliver the internet of things for everyone, everywhere.”

MANUFACTURERS ON SHOW AT HALL OF FAME AWARDS