Making the announcement this week, the company’s latest figures show that its one millionth export vehicle was shipped to the Middle East earlier this month.
Chris Harrod, Toyota Australia’s executive director of manufacturing, said reaching one million exports was an important milestone for the company.

“We are extremely proud of our ability to build cars that not only suit the needs of our local customers but also those in the Middle East and our other export markets. Enormous effort has gone into ensuring our cars can withstand extreme temperatures and tough terrain,” Mr Harrod said.

“The Australian-built Camry and Aurion are trusted brands in our export markets and we are known for producing high quality and reliable vehicles. ” Mr Harrod said.

The news comes during a challenging time for the automotive industry in Australia, with all three major car manufacturers relying on Government funding to maintain operations in Australia.

“Although the automotive industry is facing challenges in Australia, it is important that we continue to focus on our export program and explore new export opportunities as part of our overall business strategy.” 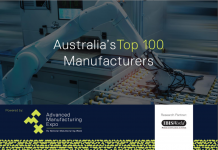 Vajira Jayasooriya - March 24, 2015
Are you looking for a professional accountants and bookkeepers? Well, your searching is now over because Austral Accountants and Bookkeepers Brisbane is here to...

Sonnen adds Shell as investor to power its Australian expansion