The Australian Manufacturing Workers’ Union has stated yesterday that governments play a crucial role in the future of the Australian manufacturing industry, after figures show a dramatic decrease in locally produced Government vehicles.

Australian Manufacturing Workers Union, National Secretary  Paul Bastian believes these roles include co-investing in the industry, just as every other car-manufacturing nation in the world does, to maintain the critical skills, R&D and innovation that the sector delivers to the local economy.

“Let’s not forget in this issue, we’re dealing with people’s livelihoods and professions. White anting and talking down this industry is in no one’s interest.”

Mr Bastian believes that Government, state, local and federal have pivotal roles to ensure they can do what they can for the future of the industry, which will include having their fleets locally produced.

“Australia has a choice. Either we have a car industry or we don’t. If we want a car industry, and all the benefits that go along with it, in economic, employment and skills terms – we have to back it in.”

Last month, AMWU revealed that only 1 in 3 Government vehicles are locally produced and called on State and Federal Governments to preference locally manufactured products, and ensure job security to thousands of manufacturing workers.

“Ten years ago, Australian governments bought 66 per cent of their fleets from Australian car makers, now its only 33 per cent of all fleets. Australia’s car industry, by international standards, receives relatively little support per capita from government and we have the lower tariffs than all of our competitors,” Mr Bastian said.

According to figures released by Essential Research polling, sixty three per cent of Australians agree that with Government support, Australia can have a successful manufacturing industry.

“The Opposition generally and Shadow Minister for Industry Sophie Mirabella lack credibility on this issue, given their comments that the co-investment should be ended, and the skills and the jobs of more than 200,000 thousands workers in the auto industry jeopardised. Cutting $500m from the industry would be a disaster. We also call on the Opposition to announce their industry plan now and not just leave the nasty surprise for workers and industry for after the election,” Mr Bastian added. 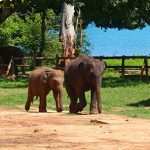 touchofspirit - May 28, 2015
Experience Sri Lanka like never before with Touch of Spirit Tours, Australia, with a 15 day holiday package to transform, rediscover, and revive your...

Applications open for round two of MNIIF