Mr Dalla-Riva believes, the awards are integral to recognising the achievements and contributions made by Victorian exporters to the state and the nation. Last year Victoria exported goods and services worth $33.1 billion to more than 200 countries around the world, Mr Dalla-Riva reported.

“Warrnambool Cheese & Butter is the oldest dairy company in Australia and has been producing since 1888. It has continually improved the way it has conducted its national and international business, setting a benchmark for all manufacturing companies to follow and has successfully expanded into the export markets of Japan, Korea and China,” Mr Dalla-Riva said.

“The Coalition Government announced a $50 million International Engagement Strategy in this year’s budget to support existing and emerging exporters in becoming export success stories like the Victorian companies recognised at these Awards – particularly in priority markets like China, India, the Middle East and South East Asia,” Mr Dalla-Riva said. 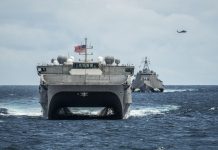 Are you Looking for Mehndi Artist in Melbourne ?