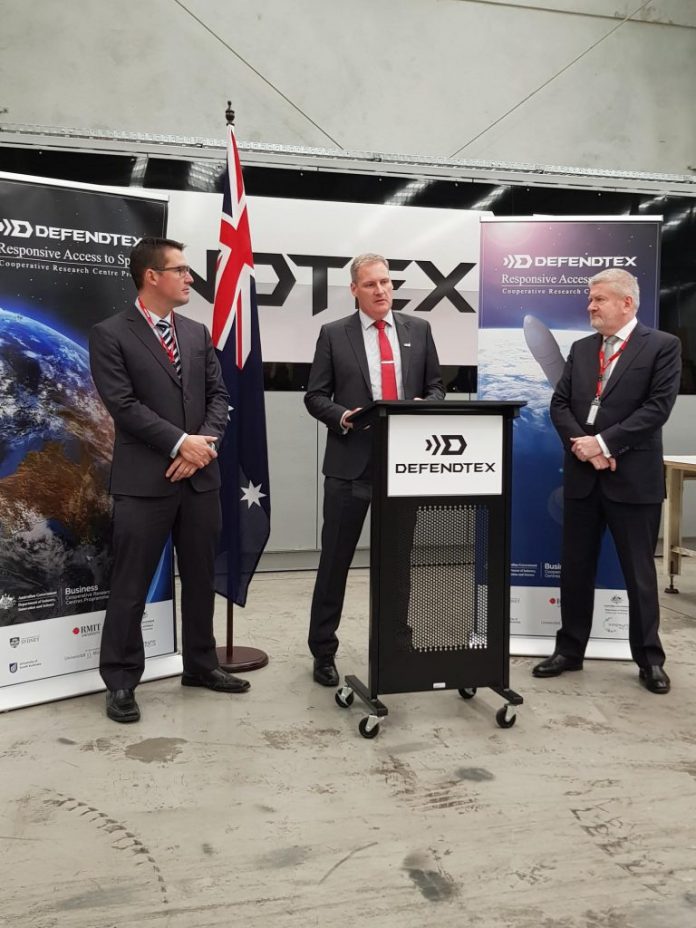 Assistant Minister for Science, Jobs and Innovation, Zed Seselja, has announced $3 million in funding under the fifth round of the Cooperative Research Centre Projects (CRC-P) Program for a new research into rocket propulsion technology.

The funding has been awarded in support of the Responsive Access to Space project, which aims to to create the opportunity for sovereign space launch capability with the development of a flight ready Rotating Detonation Engine with advanced control of inlet, injection and fuel mixing processes.

The project, which attracted in excess of $10 million of cash and in-kind contributions from industry and university stakeholders, is a collaboration between Melbourne based defence technology company DefendTex, RMIT University, University of Sydney, University of South Australia, Universitat de Bundeswehr, Defence Science and Technology Group.

In announcing the funding support, Assistant Minister Seselja said the project could see launching satellites become a reality in Australia.

“The CRC Program is at the heart of the Government’s commitment to supporting innovation, and industry-research collaboration in Australia,” Mr Seselja said.

“The research outcomes for the Responsive Access to Space Project have the potential to give Australia access to an efficient and cost effective Low Earth Orbit Launch Capability, presenting the opportunity for satellites to be launched from Australia.”

Senator for Victoria, Minister Mitch Fifield said 70% of the Responsive Access to Space Project will be undertaken in the State.