In a campaign to secure the future of manufacturing in Australia, AMWU National Secretary Paul Bastian has spread the union campaign to both sides of the continent, urging industry and governments to “buy Australian.”

Visiting the West Australian industrial zone of Kwinana near Perth and Newcastle in the NSW Hunter region, Mr Bastian revealed both areas are feeling the impact of cheap Asian materials being used on mining projects.

He told members in WA that the Prime Minister’s Taskforce into manufacturing had prioritised increasing Australian-made content in resource projects and defence contracts as part of its plan to secure 85,000 jobs at risk nationally in the next five years.

“Currently less than 10 per cent of steel being sourced for the resources sector is Australian-made, while steel fabrication factories in Kwinana sit idle and youth unemployment is 26.4 per cent,” he said.

AMWU reported,  the area south of Perth employs about 14,500 manufacturing workers, but under-investment in producing equipment for the mining areas in the state’s north meant a loss of valuable skills and job opportunities.

Mr Bastian emphasised the importance of defence procurement when visiting BAE, a critical supplier to the navy and its western fleet base at  HMAS Stirling.

Mr Bastian said defence procurement and transport industries needed a steady flow of government contracts to ensure local skills were not lost, a point he also made clear when in Newcastle a few days earlier.

“Companies like Varley Engineering are internationally successful due to their committed and highly-skilled workforce, while the high-quality products they reflect the best available science,” he said. 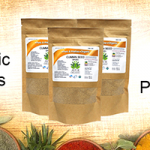 Ballarat-based manufacturer to expand its business