The Victorian Coalition Government has reaffirmed its support for Bendigo-based military vehicle maker Thales Australia in its latest bid to supply the Australian Defence Force’s next generation of protected light vehicles.

In a statement from the Victorian Government last week, the Australian Defence Department has selected the Thales Hawkei vehicle as the preferred manufactured and supported in Australia option for its $1.5 billion LAND 121 Phase 4 program to provide up to 1,300 new protected and unprotected light vehicles.

“Victoria is the leading state for defence industry capability. We are assisting Thales to engage and collaborate further with our local vehicle supply chains in automotive and research and development (R&D) to assist in their bid for this vitally important project, ” Mr Dalla-Riva said.

Thales’ success in manufacturing first class military vehicles was highlighted recently when the Australian Defence Department awarded it a $205 million contract to supply the Australian Army with an additional 214 Bushmaster protected mobility vehicles. The Bushmaster is said to be of the world’s most renowned armoured personnel carrier vehicles and has been deployed in active service by Australian and international defence forces.

Thales has also been awarded a $38 million contract to develop six prototype variants of its Hawkei vehicles for the Australian Defence Forces.

Securing the Future – Victoria’s Defence Industry Strategy can be found at:
www.dbi.vic.gov.au/projects-and-inititatives/securing-the-future-victorias-defence-industry-strategy 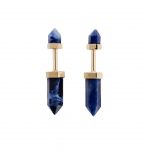 Somark Innovations to set up new base in Adelaide – 48 jobs to be...