The Tasmanian branch of Australian Manufacturing Workers’ Union (AMWU) recently announced it has come up with a scheme to empower women workers in the manufacturing sector.

In its first meeting, the newly formed Tasmanian Women’s Conference decided on a pilot survey of 50 women members designed to obtain detailed information covering issues that include childcare to wage inequality..

The meeting, held in Burnie, was attended by six AMWU delegates representing members in all parts of Tasmania, together with State Secretary John Short and two officers from Victoria.

A more encompassing communications plan is set to follow the survey proposal, all in hope of enabling women members, who make up more than 20 percent of the union membership in Tasmania, to be more actively involved and influential in union and social activities.

Among the issues women face, according to meeting convenor Sue Creed, are “the adverse impact on women’s incomes of increased casualisation of the workforce, the ramifications at work of domestic violence and the difficulty of balancing work and family – particularly for single mothers”.

The union wishes to pinpoint other issues that may be keeping women members from being more active in the workplace and in the union.

Creed said the survey was a first step toward improving communication and that social media can be an effective networking tool for their purposes.

“We want our members to be more involved in what’s going on, and to put delegates in touch with each other across the state so no one feels they’re battling on alone,” she said. 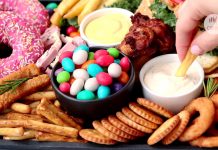