Some 400 workers at car parts maker Autodom have returned to work as the company goes into receivership, desperately trying to find a buyer.

The AMWU has urged Ford and Holden to make a long term commitment to local parts suppliers after getting 400 members at Autodom back to work.

‘Hard work from AMWU delegates and officials also ensured members were fully paid for the days they were stood down after the two big car manufacturers injected millions of dollars into the company to ensure the supply of parts needed for their own production.’ AMWU.

Uncertainty still looms over the future of Autodom in Victoria and South Australia though, as receivers McGrathNicol look for buyers for the business.

Autodom workers at Clayton South, New Gisborne and Woodville are said to be relying on AMWU to “keep on the backs” of the receivers to ensure that production and all EBA conditions are “met as normal”.

The reinstated members who have been encouraged to attend the first creditors meetings to defend their interest, set a deadline of next Wednesday for the receiver to get back to them with a clear guarantee of holiday pay and production throughout the Christmas-New Year period.

AMWU Victorian Assistant State Secretary Leigh Diehm assured the members that redundancy entitlements will be dealt with through the federal government’s GEERS scheme. The car makers had not allocated enough capital to cover the said obligations at this point.

“You can be assured we’re in there fighting for your best interests. Nothing gets agreed without your approval,” Diehm told 140 members at Dandenong South.

“These companies need you as much as you need them,” Diehm added. 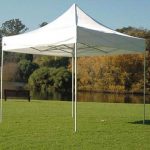 Australian Made Campaign announces new appointments to its Board of Directors