The manufacturing sector continued to contract for the tenth consecutive month in December. The Australian Industry Group’s Australian Performance of Manufacturing Index (Australian PMI) reached 44.3 points and remained unchanged from November. (Readings below 50 indicate a contraction in activity with the distance from 50 indicative of the strength of the decrease).

New orders and exports also contracted for the tenth consecutive month, and the manufacturing sub-index dropped 2.3 points from November to 42.5 points. No sub-sectors recorded an expansion in activity.

“The December Australian PMI continues to reflect the influences of weak global demand and a softening Australian economy which impacted the sector throughout 2012,” said Australian Industry Group Chief Executive, Innes Willox. “As well, a high Australian dollar and higher costs, particularly for energy due to the impacts of the carbon tax and, in some states, the costs associated with investment in network infrastructure, have all taken their toll on margins and activity.”

“Survey respondents remained cautious about the outlook. They cited a range of inhibitors including soft demand, higher energy charges, stronger import competition and the strong Australian dollar,” the report said.

“Forward orders continue to track weakly suggesting demand has not yet turned the corner,” said Mr Willox. “The recent rate cuts by the Reserve Bank are yet to offset the range of factors adversely impacting the industry and further reductions are likely to be needed over the next few months.” 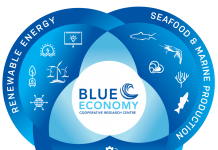 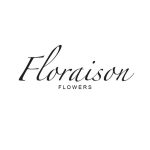 Amanda Willings - July 13, 2019
Aussie Relaxation Centre 132b wood st Preston. Phone:0481770875 We strive to give you the quality you deserve. To ensure your satisfaction call for a relaxing massage...