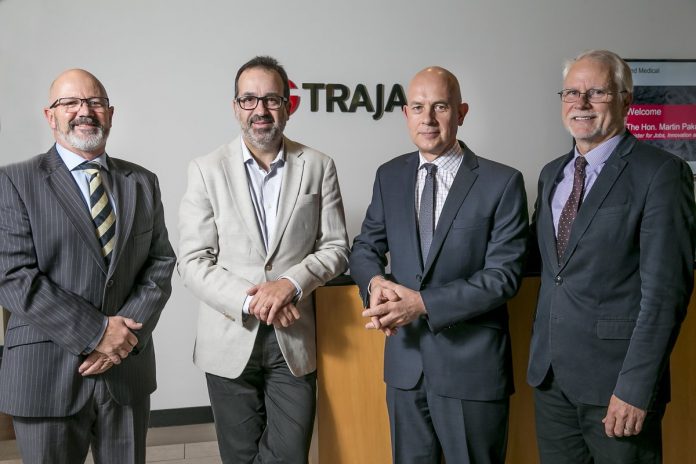 Global medical technology company Trajan has unveiled plans for ‘a huge expansion’ of its global HQ in Melbourne which will create 40 new jobs and upskill an additional 30 employees.

The expansion, which is being supported by the Victorian State Government, will see Trajan invest circa A$2.4M into its Melbourne facility over the next three years to meet growing global demand for its scientific products and technologies.

Trajan, which currently has operations in Australia, America, Europe and Asia, and customers in more than 100 countries, is a homegrown developer and manufacturer of cutting-edge scientific and medical devices including the hemaPEN.

The company believes that this blood sample and storage product holds the potential to revolutionise blood testing by using a small pinprick to collect a single drop of blood, making blood tests less traumatic and more convenient.

“We are pleased to engage the support of the Victorian Government, highlighting growth areas where Trajan is developing new devices and technologies to improve measurements for healthcare, food and environmental analysis,” Mr Tomisich said.

“Through continued investment into our team and infrastructure, the advanced manufacturing capability of our Melbourne facility is becoming a global benchmark for precision scientific technologies.”

Minister for Jobs, Innovation and Trade Martin Pakula, who visited Trajan Scientific and Medical in Ringwood to confirm the expansion of the facility, said the Victorian Government is actively backing the medical technologies sector in the State.

“We’re proud to be supporting local innovation, and improving patient care every step of the way,” the Minister said.

“Trajan’s choice to further develop its global HQ in Melbourne and expand its local manufacturing capability will strengthen Victoria’s global reputation as a thriving hub for biotechnology and pharmaceuticals.”