Jobs and manufacturing in Queensland’s new industries are at the fore as construction of Rheinmetall’s $170 million Military Vehicle Centre of Excellence (MILVEHCOE) at Redbank ramps up, with more than 240 tradies, apprentices and trainees on site.

Premier Annastacia Palaszczuk and State Development Minister Cameron Dick today hosted Rheinmetall Group Chief Executive Officer, Mr Armin Papperger, on a site tour of the company’s new manufacturing facility which is set to be at the forefront of a high-tech Queensland jobs boom when it becomes operational from mid-next year.

“When I met with Mr Papperger in April in Berlin, as part of my trade mission to the United Arab Emirates, Germany and the United Kingdom, I invited him to Australia to inspect the impressive construction work here at the MILVEHCOE,” the Premier said.

“The project to deliver 211 Boxer combat reconnaissance vehicles under the $5.2 billion LAND 400 Phase 2 project is progressing exceptionally well and is on-track for phased practical completion from early next year.”

The Premier said the construction site now has 240 trade workers on-site and has awarded trade packages to 60 South East Queensland businesses worth more than $100 million.

“There are 33 apprentices and 20 trainees here on site at MILVECHOE, learning their trade at what will ultimately be the most advance military vehicle manufacturing facility in Australia.

“Rheinmetall has also been steadily recruiting their permanent workforce since its selection as the successful tenderer with over 60 new employees now based in Brisbane, expanding to 200 permanent Brisbane staff by the end of the year.”

Minister for State Development Cameron Dick said the Palaszczuk Government also strongly supported Rheinmetall’s bid for the $10-$15 billion LAND 400 Phase 3 project that will deliver up to 400 infantry fighting vehicles for the Australian Army.

“Attracting a global defence giant like Rheinmetall to Queensland, and the defence projects they secure, are a once-in-a-lifetime opportunity to drive the expansion of the state’s manufacturing and defence industries and their capabilities, and create the high skilled jobs of the future that our state needs,” Mr Dick said.

“While the tender evaluations are firmly centred around vehicle capability of which Rheinmetall’s Lynx KF41 is a strong contender, the MILVEHCOE will also be a compelling consideration,” he said.

“A shortlist is expected to be announced in September this year, and by the time the Commonwealth selects the successful tender for LAND 400 Phase 3, the MILVEHCOE will be completely up and running and delivering locally-manufactured defence vehicles.”

Member for Bundamba Jo-Ann Miller said the size of the project was extraordinary.

“To give you some idea of scale, the production warehouse is the size of five football fields,” Mrs Miller said.

“Rheinmetall Defence Australia predict MILVEHCOE will contribute more than $1 billion to the Queensland economy over the life of the project and that is great news for local suppliers, manufacturers and workers.”

Mr Papperger said the Queensland MILVEHCOE will be Rheinmetall’s largest presence outside of Germany.

“The MILVEHCOE will be unique within Rheinmetall, as the one site will house some of the best technologies from across our entire defence business – electronics, electro-optics, armour, turrets, vehicles and simulators in addition to an impressive range of development and test facilities,” he said.

Managing Director of Rheinmetall Defence Australia Gary Stewart said he expected the MILVEHCOE and its impact across the local supply chain would create more than 450 jobs for Queenslanders.

“Rheinmetall will be growing here in Queensland for decades to come and we are building up an advanced manufacturing workforce that will include a range of highly skilled and qualified workers across a range of specialist disciplines,” Mr Stewart said.

“Jobs will include welders, systems and integration engineers, electro-optics technicians, software coders and developers and other specialisations.” 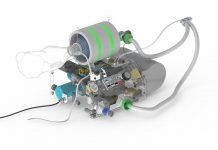 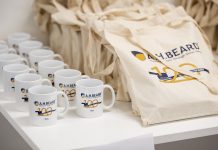 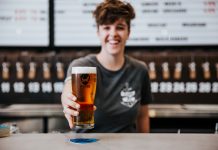 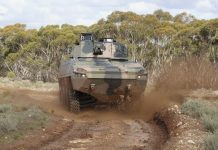 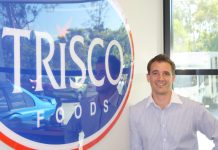