After Ford announced yesterday that it will cease all Australian Manufacturing by 2016, Australian Made Campaign Chief Ian Harrison believes that apart from the job losses, the biggest disappointment about the announced closure is that the company never played the ‘Aussie-made card’

“Today’s sad announcement is not a reflection on the engineering or build quality of the current models – which are brilliant – it is the marketing of Ford’s Australian-made products that has been the biggest disappointment. A campaign based around its Australian workforce could have had a huge impact,” Mr Harrison said.

“For some time now there has been a growing sense of uncertainty in the community about future job prospects, and in this type of environment consumers are far more receptive to a campaign focussed on the consequences of their shopping decisions. Ford never seemed to grasp this.”

In a statement from Australian Made, according to recently released research by Roy Morgan Research*, 88.5% are more likely to buy Australian-made products over products manufactured in other countries and Mr Harrison believes that yesterday’s announcement sends yet another message to Governments, at all levels, to provide support for an ongoing campaign educating consumers about the value of buying Australian.

“It is important that we keep the benefits of buying Australian top of mind, so that when it comes down to actual purchase decisions, particularly on goods as significant as motor vehicles, consumers can make informed decisions. The irony of course is that Ford will continue to sell its range of imported cars in Australia; all of which will be subsidised to some extent by Governments elsewhere. Meanwhile a truly world-class, Australian-made product is now going out the back door, ” Mr Harrison said.

“Australia has become a high cost country; we have an overvalued $AUD and we have had a quantum shift in consumer preference for small imported passenger vehicles. But the marketing for the Falcon and the Territory could have been so much better.” 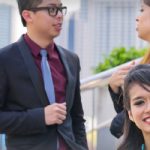 zimsenpartners - December 16, 2014
If you are looking for professional, accurate and on-time professional financial services in Melbourne, then here is the end of your search! We at...

Victoria selected as the preferred state for LAND 400, thousands of new jobs on...