The Australian Made Campaign has welcomed Australia’s first National Food Plan, the Government’s roadmap that sets the direction for policy of food into the future. 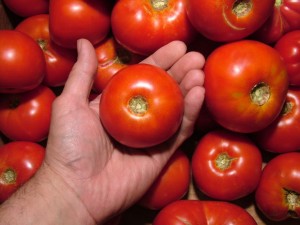 “We welcome the National Food Plan’s focus on exporting into Asia, and in particular the importance of branding Australian products in those marketplaces,” says Ian Harrison, Australian Made Campaign’s Chief Executive, via a media release.

The National Food Plan was released by the Minister for Agriculture, Fisheries and Forestry, Senator the Hon. Joe Ludwig, Rocklea Markets in Brisbane on May 25, Saturday.

According to the National Food Plan’s Executive Summary, the Plan aims to harvest the opportunities by focusing on four priority areas: growing exports, maintaining a productive food industry, securing food in all Australian homes while educating people about the food system, and producing food sustainably.

The Plan has outlined a comprehensive list of goals that will serve as the country’s guidance toward the year 2025.

In terms of exports, the Government says their aim is to make Australian food the food of choice globally, renowned for its quality and consistency and valued for its safety and food production. By 2025 the value of Australia’s agriculture and food-related exports should have increased by 45 percent, contributing to an increase in the country’s gross domestic product. In order to do this, several investments will be put on research and building relationships with trading partners. The Plan also aims to reduce trade barriers and negotiate market access to benefit the food sector.

Second, the National Food Plan aims to have agricultural productivity increase by 30 percent and increase innovation in the Australian food manufacturing industry. The plan is also for Australia to be among the top five most efficiently regulated countries in the world, reducing business costs. Innovation will continuously be supported along the food supply chain by investing in world-leading rural research and development system.

Third, the Plan aims to make sure there is food on the table in all Australian homes. One of the goals is for Australians to be well-informed to make decisions about food. Part of the ways this could be achieved is by improving the information on food labeling, including country of origin labeling.

This has been well-received by Australian Made.

“It is very pleasing to see Ministers Ludwig and Emerson recognise the important role that the Australian Made, Australian Grown logo can play in building the Australian brand in Asia,” says Harrison.

“The logo has been used extensively in export markets around the world for all of its 27 years and is readily identified with Australia – and its clean, green environment and high health and safety standards – which is exactly what you want a country-of-origin symbol to do, particularly in Asia.”

The green-and-gold AMAG logo is Australia’s registered country-of-origin certification trade mark for genuine Australian products and produce. It is registered in USA and China and pending in the Republic of Korea and Singapore. The logo allows Australian exporters to have a symbol which can be used on their genuine Aussie products in the said countries.

“The logo is well-placed to provide the platform for growing food exports into the Asian region,” Mr. Harrison said.

The fourth area of focus of the National Food Plan is the sustainable production of food. The government plans to achieve this goal by supporting sustainable agriculture, addressing the causes of climate change, and reducing food waste through the National Waste Policy.

According to Sen. Ludwig, “the Gillard Government has been implementing a plan for Australian agriculture that first strengthens the foundation and prepares the country for the future and emerging challenges. The National Food Plan is the third stage, creating new opportunities.”

To keep track of the Plan’s progress, an Australian Council of Food will be established to engage with the industry and community leader. The State of the Food System report will be published every five years, and a review of the National Food Plan will also be conducted every five years to ensure that policies are being met. 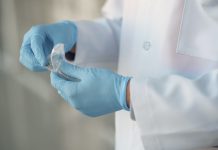 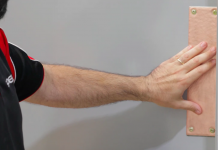 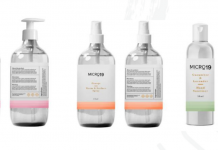 Alicia Molik named Ambassador for the Australian Made Summer of Tennis

Western Sydney gears up to be Australia’s 3D printing capital