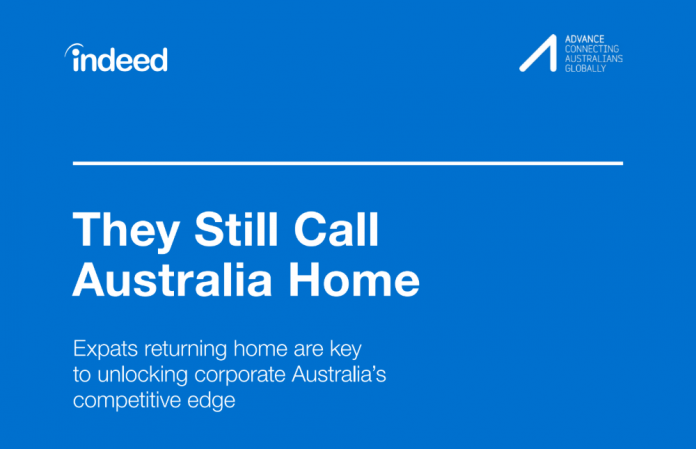 Indeed, the #1 job site in the world and Advance, the organisation that celebrates and connects members of Australia’s global diaspora, have released a new report which found that Australian expats navigating their return at home might have a difficult time landing a new job in Australia.

According to the report, 71% of all respondents reported ‘a positive experience’ from hiring a returned expat while nearly 3 in 5 (57%) of recruiters said that hiring returned Australians has ‘a longer-term strategic benefit’.

It also found that nearly half (49%) of those returning from abroad eventually found employment through their own networks, even though recruiters expressed concerns that expats returning to Australia lacked strong Australian business networks.

“This demonstrated that expats returning to Australia are indeed benefitting from maintaining strong connections back home,” notes the report.

A key highlight from the report’s findings is that local employers are often overlooking Australian talent in global markets, which the report identified as ‘an untapped talent pool for recruiters and businesses’.

“In fact, 65% of the survey respondents believe Australian businesses are creating an environment that discourages Australians working overseas from returning,” reads the report.

“When looking for work back home, a third (34%) of expats who recently returned home reported not being successful in landing an interview for a potential role where their skills precisely matched the job requirements.

“And while almost a quarter (24%) of those surveyed were successful in landing interviews for various roles, they still reported missing out on job offers.”

Paul D’Arcy, SVP Marketing at global job site Indeed, urged recruiters and businesses to advantage of Australia’s pull-factors that attract its diaspora and skilled workers back to the country.

“While most (83%) recruiters said they are cautious about recommending expats who recently returned home for Australian-based roles, we know diverse workforces are more successful than homogeneous ones, which is why employers and recruiters are missing out on an untapped pool of returning workers whose skills and experiences could positively impact their company” Mr D’Arcy said.

“In order to reap the rewards of expats returning home, employers and recruiters could embrace a change in mindset to one that looks beyond its own borders to one that prioritises ability and skill.

Businesses would do well to abandon any preconceived ideas they have about what a candidate needs to handle a job and adopt policies that make the hiring process more objective.

“This will mean that in the global battle for talent, Australia has the opportunity to secure the best and brightest talent in the market.”

The research was commissioned by Indeed and conducted by Lonergan Research.