Up to 300 Ford workers will have the chance at gainful employment even after the company shuts down its plants in 2016, with Power Systems Australia’s announcement that it plans to open a new factory in Geelong.

According to a report from ABC News, Power Systems Australia is exploring the prospect of producing gas-fired generators to export to markets in the Asia-Pacific and part of the generator company’s plans is to set up a facility in the port city.

“There is the opportunity to tap into a workforce of talented people without having to go through full retraining from the ground up and that’s the attraction,” Mr. Reedman said.

“They’re used to assembly work in a fast production line which, to be honest with you, we’re not geared up for that.”

Power Systems’ plan is to keep its 22 existing workers assembling the generators in Melbourne, while the Geelong workers will be used to make the engines.

The news was welcomed by the Australian Manufacturing Workers’ Union.

“You can never underestimate how important it is for these workers to have a job. We’re just really pleased that this is hopefully the start of job opportunities.” 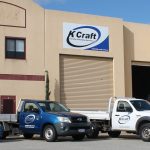 Property Services AM News - October 12, 2020
If you can’t find the ideal home for your family, stop looking and talk to the expert home extensions Perth, K Craft.

Property Services AM News - October 13, 2020
Proudly made in WA, Reef stainless-steel channels supply a modern, polished and practical solution to drainage in today's modern showers, wet spaces and are... 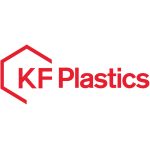 Manufacturing & Supply simonclarke - October 12, 2020
We have been a member of ASOFIA, the Australian Shop & Office Fitting Industry Association for over 25 years. We can ship orders to multiple locations across Australia and around the world.