GM Holden Australia has committed to negotiate with its dealers in good faith about compensation for Holden’s withdrawal from the Australian market, the ACCC has announced.

The commitment follows pressure from the ACCC for Holden to agree to extend the deadline for acceptance of its compensation offer and to engage in good faith negotiations with dealers.

The ACCC, which threatened to launch legal action had Holden not changed its position, had received complaints that Holden was placing undue pressure on dealers by imposing an unnecessary deadline for acceptance of the proposed compensation package.

An investigation launched by the consumer watchdog determined that this would have forced dealers to choose whether to accept the compensation offer before completing a dispute resolution process.

“Holden was putting pressure on dealers to accept the compensation package by 31 May without giving a proper opportunity to negotiate and engage in a dispute resolution process.

“We believe this deadline was unnecessary and also unfair.”

The announcement was welcomed by Industry Minister Karen Andrews, who hailed at as ‘positive progress’ toward a fair compensation package for dealers and their employees.

“From the beginning I have said GM Holden must do the right thing by the Aussie dealers who’ve carried their brand – many of them for decades,” Minister Andrews said.

“I wrote to GM Holden last week to express my concern that negotiations were becoming increasingly difficult, and reiterate the Government’s expectation that they work to achieve a fair outcome.

“It is clear that GM Holden has gained significant benefit from Australian consumers, dealers and Government over the years.”

Minister Andrews said that despite yesterday’s agreement, the ACCC would continue its broader investigation into Holden’s engagement with dealers in relation to its withdrawal from Australia.

“GM Holden needs to keep that in mind as negotiations progress – and should know the Australian Government and the ACCC are watching closely,” Ms Andrews concluded. 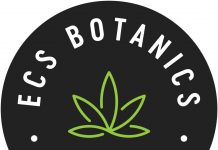 Space explorers to touchdown in Melbourne