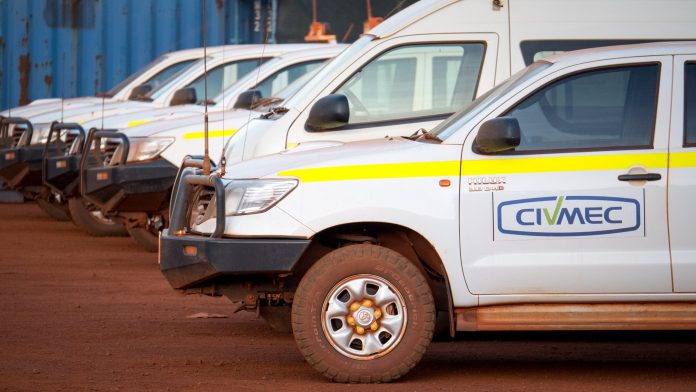 Australian engineering firm Civmec has secured multiple contracts with a combined value of over A$100 million, including two manufacturing contracts in the minerals and metals sector.

The company’s manufacturing division has been contracted to supply, manufacture, assemble and deliver four main train load-out bin modules for the Jimblebar project, which is located in the Pilbara region of Western Australia, four kilometres east of the town of Newman.

It has also won a contract for the supply, fabrication, surface treatment and modularisation of shuttle trusses, conveyor trusses, platework & stick steel for the Gudai-Darri project (formerly known as Koodaideri), located around 110 kilometres north-west of Newman.

Civmec’s construction arm also secured a contract in the metals and minerals sector for works to be completed in the Pilbara region of Western Australia and the infrastructure sector in the Perth metropolitan area.

The works include a civil package, including detailed earthworks, concrete placement, cabling and pipework for a Roy Hill de-bottlenecking project; the delivery of a fixed plant workshop for the Rio Tinto Mesa A project; and the construction of a 217-metre architecturally designed pedestrian bridge over Winthrop Avenue to Kings Park in Nedlands, known as the Kids’ Bridge for Main Roads Western Australia.

Civmec’s Chief Executive Officer, Mr Patrick Tallon, said: “While it is very satisfying to continue to secure projects for the manufacturing and construction disciplines within the business, a standout award for the company in this recent period is the award of the prestigious Kids’ Bridge connecting the Queen Elizabeth II Medical Campus to Kings Park by Main Roads.”