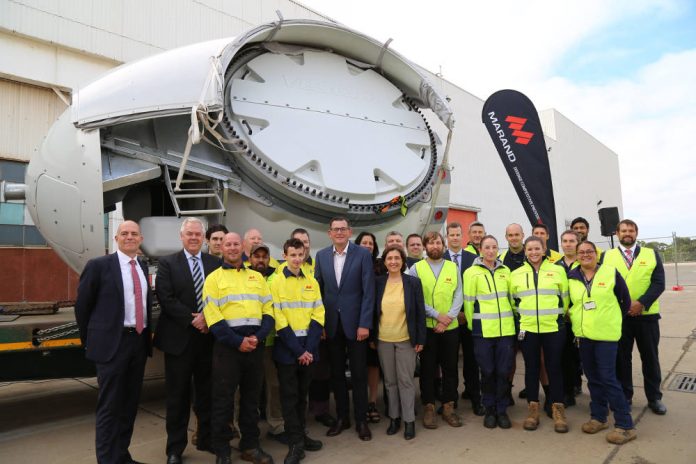 Construction has commenced on a $276 million wind farm in Victoria that will generate enough energy to power around 138,000 homes.

The wind farm will feature 43 turbines that will be built at the brand-new Vestas Renewable Energy Hub on the former Ford site in Geelong, with wind turbine assembly set to recommence in Australia for the first time in ten years.

Premier Daniel Andrews said the project was made possible thanks to the Labor Government’s VRET reverse auction, which will see more than 900 MW of new clean energy developed – almost 45% more generation capacity than anticipated.

“Victoria is the renewable energy capital of our nation and thanks to this investment, we’ve put Western Victoria right at the centre – this is great for jobs and great for our state,” Mr Andrews said.

“Whether it’s the VRET or our Solar Homes Program, we’re driving down the energy costs for families, supporting local businesses and creating thousands of jobs.”

Minister for Energy, Environment and Climate Change Lily D’Ambrosio said the Berrybank Wind Farm will boost renewable energy supply, as Victoria moves towards the Labor Government’s renewable energy target of 50 per cent by 2030.

“This is an exciting next step in driving down energy prices, reducing carbon emissions and creating jobs as we work towards our renewable energy target of 50 per cent by 2030,” the Minister concluded.