Unitywater is developing a waste-to-energy feasibility study that could change the way we think about, and use, sewage.

The study, which is being supported by ARENA with $296,000 in funding, will assess the commercial viability of converting Unitywater’s Kawana sewage treatment facility on the Sunshine Coast to generate biogas and electricity from a variety of waste sources, including captured and treated sewage, fats, oils and greases from industry and businesses.

ARENA CEO Ivor Frischknecht said the study formed part of the organisation’s efforts to determine to what extent bioenergy can be used to accelerate Australia’s shift to renewable energy.

“We think there is huge potential to tap into different waste sources to produce clean sustainable energy,” Mr Frischknecht said.

According to official data released by the Australian Bureau of Statistics, Australia produces around 40 million tonnes of waste annually, more than half of which is organic in origin.

Mr Frischknecht said the majority of this waste is unexploited, ending up in the sewer or sent to landfill.

“This study will uncover options for sewage treatment plants around Australia, particularly in regional areas, to turn this unused waste into electricity,” he concluded.

Unitywater CEO George Theo said embracing smarter and more sustainable power generation options into the future was a priority for the company.

“This is a priority for Unitywater because energy is one of our biggest costs and at the same time we want to reduce the impact we have on the environment. As our region grows, the demands on our network will increase, so if we are to make a difference in reducing carbon emissions, we need to change how we operate,” he added.

“The exciting thing about this feasibility study is its potential to deliver practical benefits and learning, not only for Unitywater but the water industry as a whole. We will thoroughly investigate a concept that is scale-able and one which could be adopted by other water utilities. We are pleased to be working together with ARENA to share this knowledge.” 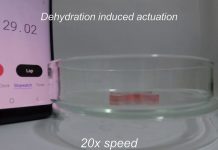 Jasmina - July 10, 2019
Are you looking for an institution that provides the best possible driving lessons in Melbourne? Then Academy of Driving Excellence is the school you...