Holden rolled off the last V6 Commodore engine from the production line at its Port Melbourne plant on Tuesday as the company prepares for the full-scale closure of its vehicle manufacturing operations in Australia in late 2017.

Commenting on the closure of GM Holden’s engine plant in Port Melbourne, Minister for Industry and Employment Wade Noonan said it was a “sad and difficult” development for 175 workers, many of whom spent their entire professional lives working at the plant.

“Workers have always been at the core of Holden’s Port Melbourne operations, best known for producing the V6 Holden Commodore engine and home of the first-all Australian motor vehicle, the Holden 48-215 ‘FX’,” the Minister said.

“This is a generation of men and women who have gone to work putting Australian cars on Australian roads, and our thoughts are with them and their families.”

According to the Minister, the closure will not significantly impact Victoria’s automotive supply as the engine parts at the plant are sourced from the General Motors’ global supply chain.

He said the State Government has taken a number of concrete measures to support affected workers and help them get back on their feet following the end of car making in Australia.

“The Andrews Labor Government is providing $46.5 million in targeted assistance, including programs and training for the auto workers, businesses and local communities hardest hit,” Mr Noonan pointed out.

“In September, the Government purchased the GM Holden site to pave the way for plans to develop a leading design and engineering precinct to bring together industry leaders in aerospace, defence, marine design, automotive design and more.”

Holden said it will retain its corporate headquarters and its advanced international design studios and engineering facilities at Fishermans Bend in Port Melbourne, its national parts and distribution centre in Dandenong and  a vehicle testing ground at Lang Lang. 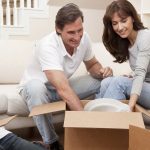 AM News - October 19, 2020
Allen Movers Cheap Movers Melbourne offers professional Shifting for your House Hold / Industrial Items packing and moving requirements throughout Melbourne and all over Australia with reasonable prices. Movers Melbourne offer full comprehensive door to door moving and relocation services with a personal touch. Our employees are skillful, polite and careful. We offer customized service for any kind of removal whether it is Local, Domestic, or interstate. All the fundamentals of services rendered and or required are discussed in detail with our clients during our preliminary planning and thus ensure trouble free with 100% punctuality, a comfortable relocation.

Health and Medical AM News - October 18, 2020
Specialist high-end dentures, direct to the public with no referral needed. Full range of services and on-site lab for fast and efficient service including same day repairs and relines.

Transport & Logistics AM News - October 18, 2020
M1 Motors is a full-service car repair and maintenance facility specialising in both import and domestic vehicle repairs. We have the knowledge and experience to fix even the most challenging issues in the shortest time possible and return your vehicle in top-top condition. Our experts perform scheduled car service and provide complete car-care solutions including tyres, brake repairs, clutch replacement, wheel alignments, logbook service, transmissions, engine diagnostic and roadworthy certificate at reasonable prices. We use the latest technology to assess the situation and provide appropriate solution, exceeding your expectation. Our car mechanic team is equipped with high-tech diagnostic equipment to guarantee that your vehicle is repaired correctly the first time around. If you would like to keep your car always on the road, call 03 9873 3668 and speak to the professionals at M1 Motors. We handle all aspects of car repairs and get your vehicle running like new again.