Eleven Tasmanian advanced manufacturing, design, and technology companies, along with the University of Tasmania and the University’s Australian Maritime College, will promote their capabilities to decision-makers from around the world at the Pacific 2019 International Maritime Exposition in Sydney this week.

The three-day event will see the members of Tasmania’s largest ever defence services and manufacturing contingent showcase their capabilities, products and services to more than 40 navies, 80 international delegations, 546 companies and almost 17,000 visitors from around the world.

As part of Pacific 2019, Tasmanian manufacturing company PFG Group will introduce its new advanced Aquatruck patrol vessel, which is already attracting interest from military, policing, border protection, and public safety authorities due to its durability and reliability.

North-West manufacturer, Direct Edge – part of Rheinmetall’s supply chain for the Army’s combat reconnaissance project – will also be a part of Tasmania’s contingent at the Pacific 2019 International Maritime Exposition, alongside Northern Tasmania firm Pivot Maritime International, which has been generating considerable international interest in their high-tech ship simulator systems.

“Pacific 2019 is the only international exhibition of its kind in the Indo-Asia-Pacific region and our presence this year rivals that of other states and territories,” Mr Hodgman continued.

“Advanced manufacturing and defence industries are key economic drivers for our state, which directly employ 18,500 Tasmanians and my Government is firmly committed to maintaining this growth.” 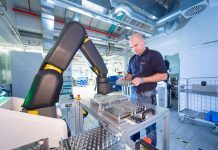 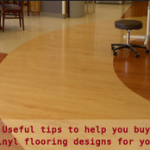