The Australian Made Campaign is calling on all sides of the Government to show stronger support for country-of-origin branding. 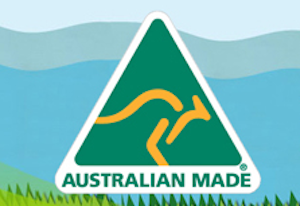 Australian Made Campaign Chief Executive Ian Harrison said the Australian brand is one of the most powerful assets available to businesses in global markets but the government and bureaucratic circles are consistently underestimating its value.

“In an environment where increased costs and a high $AUD have seriously undermined the competitiveness of many Australian products, country-of-origin is an asset we should be driving much, much harder,” Mr. Harrison said in a media release.

“There is more than enough public benefit associated with the Australian Made, Australian Grown logo to justify a much deeper, strategic partnership between the Government and the campaign behind the logo,” Mr. Harrison said.

The organization has also called for measures that would help reduce the “unacceptable level of confusion” among Australian consumers regarding CoO labeling laws in Australia.

“It’s important that we rebuild confidence in the system and add marketing value to the manufacturing, growing and processing of products in this country.”

“We are lobbying the Government to work together with us on this.”

World’s first automobile wheel made in one piece from carbon fibre.

Leading packaging manufacturer set to expand its operations in Queensland