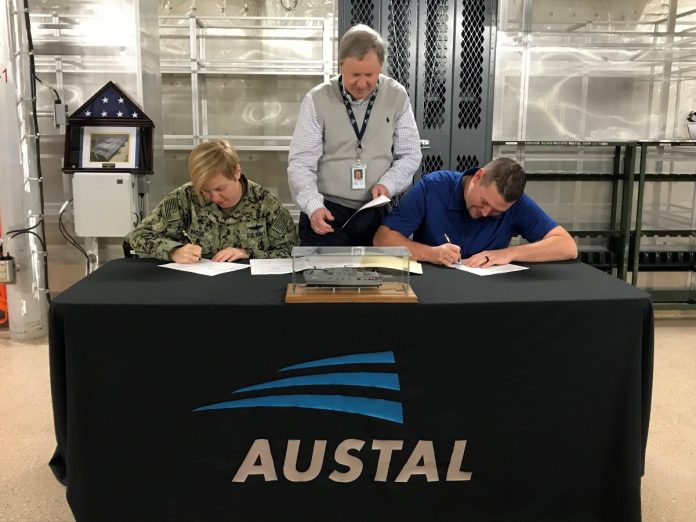 Austal USA, the American subsidiary of Henderson-based Austal,  has successfully delivered the tenth Expeditionary Fast Transport ship to the United States Navy as part of the US$1.9 billion contract for 12 new vessels.

The USNS Burlington (EPF 10) – the fourth ship Austal has delivered to the Navy in 2018 – is an aluminium catamaran capable of transporting 600 tons at an average speed of 35 knots.

Designed to operate in austere ports and waterways, the vessel can also support flight operations for a wide variety of manned and unmanned aircraft, including a CH-53 Super Stallion.

Commenting on the delivery of the vessel, Austal CEO, David Singleton, stated:

“The success of this milestone achievement is a result of the dedication and hard work of the Austal team.”

Austal, which is currently building two additional Spearhead-class EPFs at its Mobile shipyard in Alabama, is s also under contract to build Independence-variant Littoral Combat Ships (LCS) for the US Navy.

The company has to date delivered nine LCS, with six additional vessels in various stages of construction.