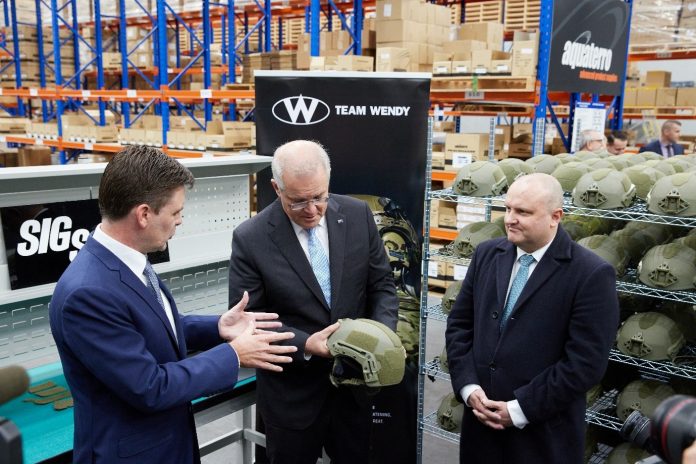 Under the five-year contract, Aquaterro will refurbish the tiered combat helmet built by United States company Team Wendy to incorporate a ballistic protection shell, suspension and retention systems, and accessory mounts and rails.

Minister for Defence Industry Melissa Price congratulated Aquaterro for winning the $7 million a year contract which will create 10 highly skilled, technical jobs at the company in Melbourne’s south-east.

“This program will extend the life of the Australian Defence Force’s existing fleet of tiered combat helmets by five years, and most importantly, will ensure our soldiers are protected on operations,” Minister Price said.

“Companies like Aquaterro are building robust domestic supply chains that we can rely on.

“Aquaterro’s work in establishing this program will help ensure the ADF has the best available capability to defend Australia and its national interests.”

Aquaterro, which supplies tactical and safety equipment to state, territory and federal law enforcement agencies, said work on the helmets had already started at its purpose-built facility in Pakenham, with the majority of required spare parts manufactured in Australia.