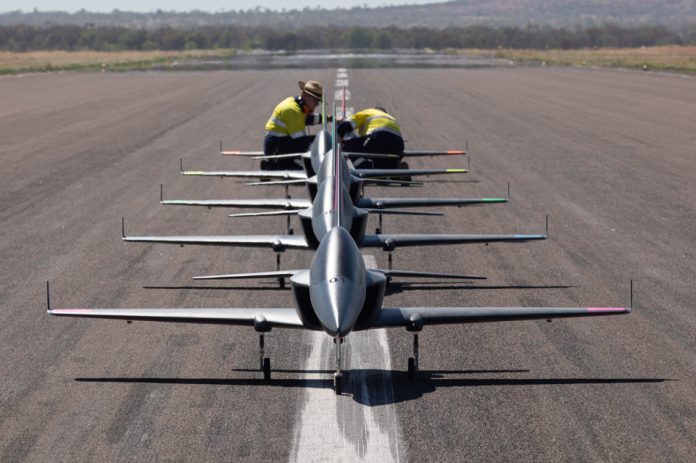 The Queensland Government invested $14.5 million to develop the foundation stage of the facility, which gives users access to a 20-metre by 20-metre hangar, a 2-kilometre runway, state-of-the-art monitoring equipment, surveillance radar, an air conditioned workshop and supporting amenities.

“The facility is the largest of its kind in the southern hemisphere and includes a hangar, buildings for office space and monitoring equipment, range control systems, a surveillance radar and amenities,” the Minister said.

“Boeing Australia tested their advanced autonomy project including brain-on-board technology over 10 days in Cloncurry, flying up to five high performance test aircraft in a team for the first time.

“To enable instrumented testing of this calibre to occur right here in Queensland is something that makes us extremely proud.”

“The tests demonstrated our success in applying artificial intelligence algorithms to ‘teach’ the aircraft’s brain to understand what is required of it,” Ms Hughes said.

“The data link capabilities enabled the aircraft to communicate with the other platforms so that they could collaborate to achieve a mission.

“The facility will provide excellent conditions to test a range of airborne test beds, which is part of an autonomy R&D program that’s heading toward new autonomous product and prototypes.”

“It will be a critical component in the overall drone ecosystem, as an enabler and connector of high-technology UAS programs and initiatives,” Mr Barsby concluded.