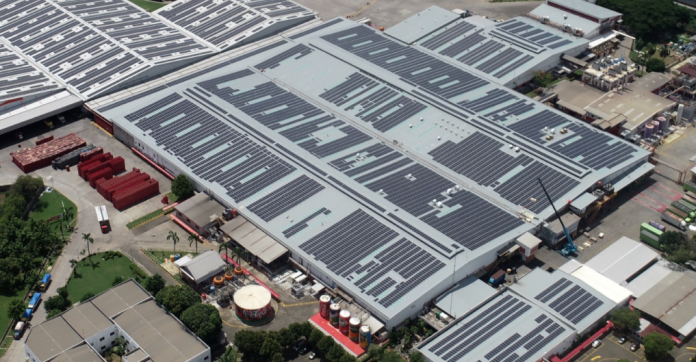 Coca-Cola Amatil has joined RE100, a global initiative bringing together more than 290 of the world’s most influential businesses that are committed to sourcing 100% renewable electricity.

Having joined RE100, the company has committed to power its entire operations, spanning six countries, with 100% renewable electricity by 2030 (by 2025 in Australia and New Zealand).

“Amatil is proud to be joining RE100 and playing our part in delivering a low carbon future by contributing to the effort to accelerate the global transition to renewable electricity,” said Ms Watkins.

“Moving to 100 per cent renewable electricity across our entire operations by 2030 is critical to ensuring we meet our 2040 target of net zero direct carbon emissions, and it is the right thing to do as an increasing number of our customers, employees, partners, suppliers and shareholders look to us for continued leadership in sustainability.”

Coca-Cola Amatil Chief Procurement and Sustainability Officer Sarah Cook said Amatil now has a firm target for 100% renewable electricity use across all of its operating markets, including Australia, New Zealand, Indonesia, PNG, Fiji and Samoa.

“Given our scale, making a whole of business commitment means we will be able to achieve region-wide outcomes as we build on our existing investments in renewable energy sources,” said Ms Cook.

“This will enable us to maximise the positive impact to the environment, while helping to drive the growth of renewable electricity industries, including the creation of new jobs, in all of the countries where we operate.

One of the largest Aussie solar power projects comes online