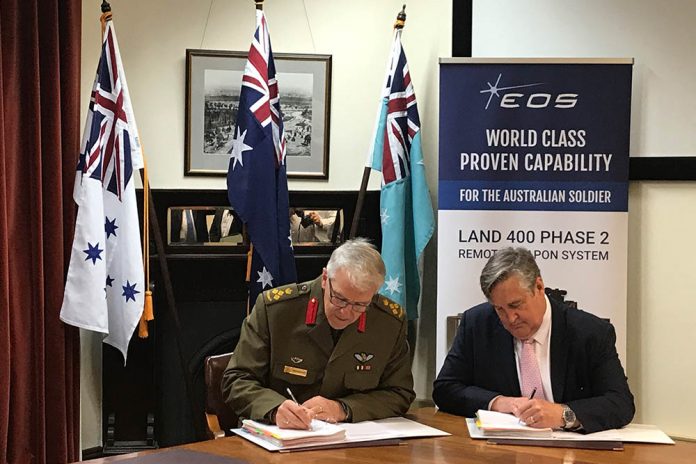 NSW firm Electro Optic Systems (EOS) has won a $45 million contract from Defence for the supply of Remote Weapon Stations for the Army’s Boxer vehicles.

Under the agreement, the Queanbeyan-based company will deliver 82 advanced Remote Weapon Stations for the Boxer 8×8 Combat Reconnaissance Vehicles under LAND 400 Phase 2.

In making the announcement, Defence Minister Linda Reynolds said the contract with Electro Optic Systems will support the company’s workforce of around 100 workers and bring the Australian Army a step closer to having world-class combat reconnaissance capability.

“The LAND 400 Phase 2 program will not only deliver Australia a brand new, cutting edge capability, but will also ensure we are well placed to work together with industry.”

The company’s CEO Grant Sanderson said all EOS systems for LAND 400 Phase 2 will be built in Australia and utilise components from its chain of 70+ Australian suppliers.

“EOS Defence Systems is very pleased to be able to support the ADF with this important capability,” Mr Sanderson said.