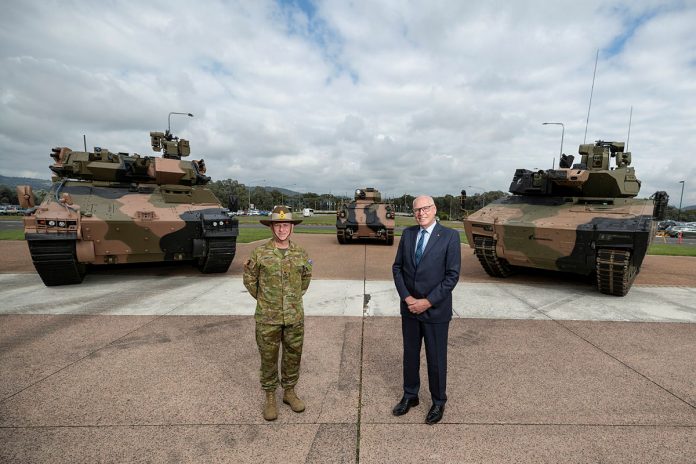 Rheinmetall Defence Australia and Hanwha Defense Australia have been officially unveiled in Canberra as contenders for the $18.1 – $27.1 billion LAND 400 Phase 3 project – the largest acquisition project in the history of the Army.

Rheinmetall, offering its KF-41 Lynx, and Hanwha, with its Redback, have both committed to build the vehicles in Australia, with substantial investment in Australian industry capability, supporting Australian jobs, talent and technology.

Acting Defence Minister Marise Payne said a decision on the preferred tenderer will be presented to Government for consideration in 2022.

“They will give our troops the best possible opportunity to successfully complete their mission safely.

Former Army Major General, Senator Molan, who attended the official unveiling in Canberra, said the two companies have each delivered three prototype vehicles which will be tested over the course of this year, as part of a two-year risk mitigation activity.

“These activities include Australian soldiers participating in user evaluation and testing, with a particular focus on the armour, firepower and mobility of the platforms,” Senator Molan said.

“I am proud to be part of a Government that is investing in greater firepower and protection for the Australian Army.”

The Infantry Fighting Vehicles will replace the current M113 Armoured Personnel Carriers that have been in service since the mid-1960s.

Victoria Announces Blueprint For Creating Manufacturing Jobs Of The Future

Updated Toyota 86 to be showcased at New York Show