Shipbuilder Austal Limited’s US unit has secured a $225.5 million contract with the US Navy to construct two Navajo-class Towing, Salvage, and Rescue ships (T-ATS 13 and 14).

The latest award adds to Austal USA’s existing contract with the military service for the construction of T-ATS 11 and 12 in October 2021.

T-ATS ships are equipped with a multi-mission common hull platform capable of towing heavy ships and are designed to support a variety of US Navy missions, such as oil spill response, humanitarian assistance, search, rescue, and surveillance.

In a press release, Austal said its unique production capability positions Austal USA to meet the ongoing, growing demands of both the US Navy and Coast Guard (USCG).

Paddy Gregg, chief executive officer of Austal Limited, said the latest contract marks the US Navy’s confidence in the company’s capabilities as a steel shipbuilder, following the start of T-ATS 11 in early July.

“It’s a great sign of confidence by the Navy, in the Austal USA team’s ability to deliver both steel and aluminium ships simultaneously, that they have awarded a contract for another two vessels,” Gregg said.

On top of the latest shipbuilding award, Austal USA is also working on the US Navy’s Independence-variant Littoral Combat Ship and Spearhead-class Expeditionary Fast Transport.

The company was also ordered to build a 211-metre steel Auxillary Floating Drydock Medium, in addition to 11 steel Offshore Patrol Cutters for the USCG, which amounts to $4.8 billion. 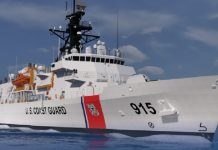 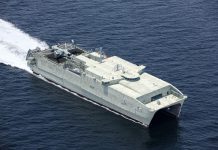 Austal announces another US Navy deal 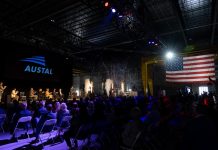 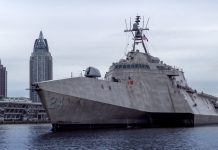 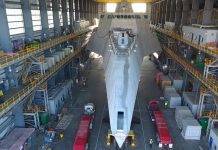