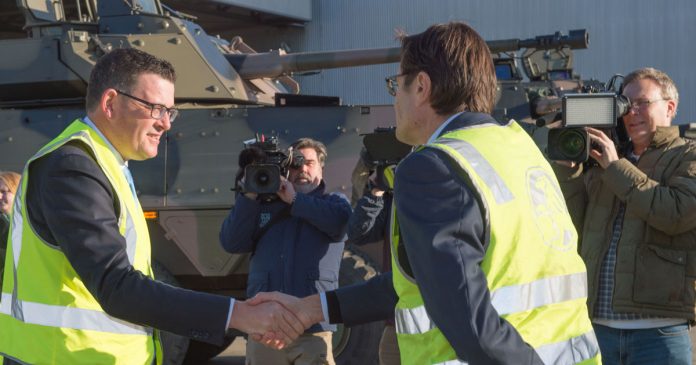 Thousands of manufacturing jobs will be created in Victoria should the state secures the multi-billion dollar military vehicle contract to build 225 new Combat Reconnaissance Vehicles for the Australian Army.

Victoria has been selected as the preferred state by BAE Systems Australia to deliver the $5 billion vehicle replacement program, but the final decision on which state will be awarded the contract will be made by the Turnbull Government.

Premier Daniel Andrews announced that the state government has signed a Heads of Agreement with BAE Systems to build the state-of-the-art vehicles at the former Holden site at Fishermans Bend, should it win the contract for the LAND 400 Phase Two project.

He said the state has an outstanding track record in the design, development and manufacture of military vehicles for Australian and international customers, noting that the world-class Bushmaster and Hawkei vehicles are already being manufactured at Thales in Bendigo.

“Victoria is the traditional home of vehicle manufacturing, and this project would create thousands of jobs at a time when our automotive sector is in transition,” Mr Andrews continued.

“Our message to Malcolm Turnbull is simple – bring this work to Victoria. We have the workforce, the track record and the supply chain to get it done.”

A number of Victorian defence companies – including Marand, MOOG Australia, Motec, AME Systems, RUAG Australia, DVR Engineering and APV – stand to get a large share of the work if Victoria secures the contract .

Industry and Employment Wade Noonan noted that each of these companies already have partnership agreements with BAE Systems to build components for the new fleet of vehicles that will replace the current Australian Light Armoured Vehicle fleet.

“Victoria’s automotive workers deserve certainty at a time when local car manufacturing is coming to an end,” the Minister continued.

“This project is the perfect opportunity to harness our highly-skilled manufacturing workforce and build the next-generation of combat vehicles that will help keep our troops safe.”