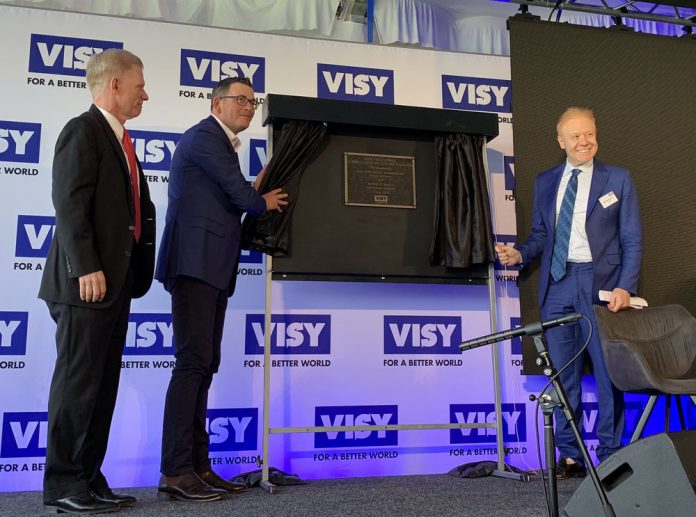 Packaging and resource recovery company Visy has officially opened a new corrugated packaging facility in Truganina as part of its commitment to innovate and increase corrugating and converting capacity in Victoria.

The 36,500sqm state-of-the-art corrugated plant, which was fully commissioned in October 2018, manufactures RSC and die-cut cartons and is capable of making over 1 million cartons each day.

Featuring some of the world’s most modern technology, the new facility employs 85 people across all shifts, including office personnel.

“Manufacturing is important so we’re proud that this plant is adding a new generation of skills and workers to Australian manufacturing,” Mr Pratt concluded.