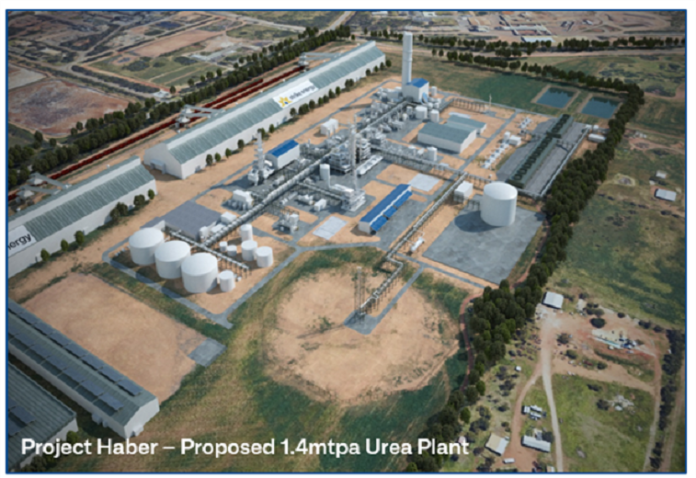 The Federal Government is backing the construction of a urea manufacturing facility in regional Western Australia, which is projected to create hundreds of jobs and assist the agricultural supply chain.

He said the project was estimated to support 1,135 full-time jobs each year during the three-year construction phase and 300 full-time jobs per year over its 30-year life.

“The facility has the potential to deliver significant emissions reduction to Australia’s urea manufacturing sector through the use of advanced ammonia and gas processing technology, as well as dedicated clean hydrogen.

“It also aims to reduce the reliance of Australian farmers on international supply chains to enhance our food security, given more than 90 per cent of urea is currently imported.”

“This is a great step forward in skilling up people for jobs in regional areas,” Minister Pitt said.

“I look forward to watching this development energise this region throughout the supply chain, as well as in the local manufacturing and farming sectors.”

Member for Durack Melissa Price said the project would create hundreds jobs in the Mid-West region for up to 30 years.

“This investment is about backing local jobs and creating career opportunities to support this part of regional WA for decades to come,” Minister Price said.

“Australia has one of the world’s greatest endowments of natural resources, whether that is gas, wind, solar or geothermal energy. At Strike we believe we should maximise the benefit of those resources for the nation by adding value to them here,” Mr Nicholls said.

Natural gas can drive the next generation of growth for Australia, says PACIA