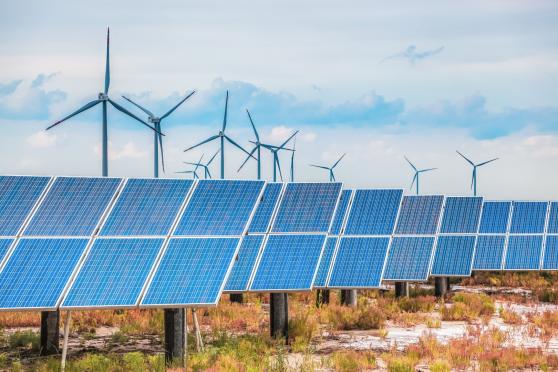 The $160 million Kennedy Park wind, solar and battery project in North Queensland has reached financial close after securing $18 million in funding from ARENA on behalf of the Australian Government.

A joint venture between Australian renewable energy developer Windlab and Japan’s Eurus Energy, the 60.5 megawatt (MW) project will consist of 43.2 MW of wind, 15 MW of solar PV, a 2 MW lithium ion battery and a synchronous condenser.

The project, which will also receive up to $93 million in debt finance from the Clean Energy Finance Corporation (CEFC), will have the capacity to generate 210,000 megawatt hours of electricity per year – enough to power more than 35,000 average Australian homes.

Expected to be fully operational by the end of 2018, the project will also lay the foundations for a planned much larger second phase, called ‘Big Kennedy’, a $2 billion 1200MW solar and wind farm, due to commence in 2019.

“By integrating wind, solar and batteries, this will be able to provide reliable and dispatchable electricity to North Queensland. This project will now also help improve the stability and reliability of the network in North Queensland.”

Roger Price, Windlab’s Executive Chairman and CEO, said the project will demonstrate how effectively wind, solar and storage can be combined to provide low cost, reliable and clean energy for Australia’s future.

“The broader adoption of projects like Kennedy can address the recommendations of the Finkel review and ensure that Australia can more than meet its Paris Commitments while putting downward pressure on energy prices,” he concluded.