The Barry Callebaut Group, a leading manufacturer of high-quality chocolate and cocoa products, has announced that it has completed the acquisition of GKC Foods Australia, a Melbourne-based manufacturer of premium chocolate, coatings and fillings.

After a month since the initial announcement of the acquisition, the 175-year old Swiss company known for its specialty chocolates which are often used by artisans and chefs, has revealed that they will now begin the integration with GKC. GKC, which has been manufacturing products for three decades, has specialised in private labeling and contract manufacturing.

Ben De Schryver, President of Barry Callebaut in Asia Pacific, said there are still many growth opportunities for the company in “still largely captive markets”.

“We are happy to welcome the team of GKC Foods to the Barry Callebaut family. The heritage and local knowledge GKC Foods has built since the 1980s, combined with the expertise, the state of the art manufacturing processes and the capabilities of an undisputed leader in chocolate and cocoa innovation will bring further excellence to the Australia and New Zealand markets.”

According to Barry Callebaut the strategic acquisition establishes direct presence and manufacturing capacity in the growing Australian market. The acquisition of GKC Foods empowers the Group to expand its position in the industrial chocolate market and to leverage its value-adding Gourmet & Specialties business in Australia and New Zealand. 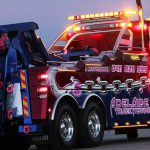