CS Energy has signed a long-term Power Purchase Agreement (PPA) to purchase 100 per cent of the output of the 162 megawatt Columboola Solar Farm in Queensland’s Western Downs.

UK-based project developer Luminous Energy today announced the PPA with CS Energy, along with completion of the sale of the solar farm project to Hana Financial Investment.

Under the agreement, CS Energy will buy 100 per cent of the output of the solar farm and onsell it to its large commercial and industrial retail customers, which include Griffith University, CQUniversity and QUT.

CS Energy CEO Andrew Bills said the company was responding to the needs of large energy users like the universities by developing tailored solutions that met their needs in terms of energy usage, decarbonisation and energy management.

“Through this PPA CS Energy continues to diversify our portfolio and offer our retail customers renewable generation as part of their energy supply,” Mr Bills said in a statement.

“We’re excited to facilitate further renewable energy development in Queensland and help move the state closer to achieving its goal of 50 per cent renewables by 2030.”

The multi-million dollar Columboola Solar Farm will be constructed near Miles and will power the equivalent of 100,000 homes. Construction will commence later this year and is expected to create 400 jobs. It will feature solar technology such as bifacial panels that absorb light from both the front and the back, and single axis trackers that follow the sun.

“That plan includes investing in traditional infrastructure and supporting the renewables industry because that supports jobs.”

“Queensland is forecast to reach 20 per cent renewable generation this year and projects like this continue to drive us to our target of 50 per cent by 2030.”

The news follows CS Energy’s announcement last week that it has signed an offtake agreement to purchase a proportion of the renewable energy produced at the University of Queensland’s 64 megawatt Warwick Solar Farm. 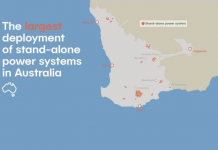 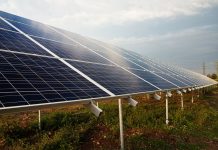 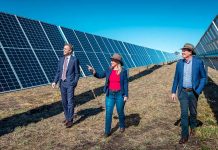