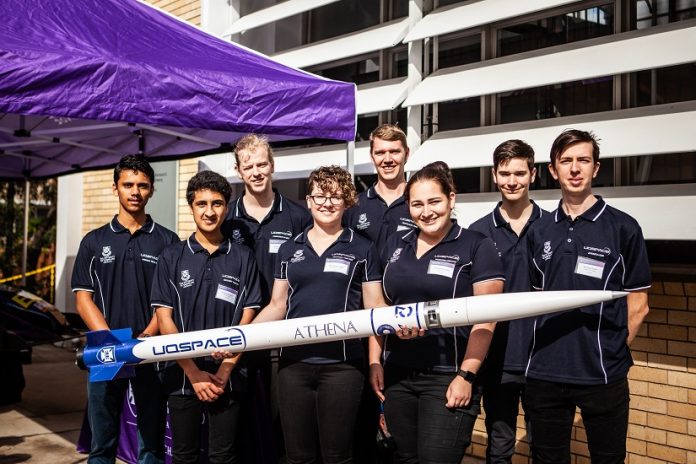 Members of UQ Space – a student organisation at The University of Queensland – are designing and building a rocket that could fly a scientific payload into space next year.

Engineering and arts student Myrthe Snoeks, who leads the 90-strong student team, said the team are now planning and undertaking static testing and sub-orbital launch preparations before the official launch next year.

“The UQ Space team has achieved so much already, having taken out the top position in Australia for competitive university rocket launches in 2019, only one year after establishing the team,” Ms Snoeks said.

“While 2020 has presented some additional challenges to our progress, we haven’t given up – we absolutely intend on achieving this goal with the help of our supporters.”

The launch facility, known as ‘Funny Farm Space’, is Australia’s only sub-orbital facility permitted to fly through and above controlled airspace and oversaw Australia’s first commercial payload rocket launch by Black Sky Aerospace in 2018.

“Working with these bright and committed students also helps us as we develop our internship program in this new industry, and provides our future employees with practical knowledge-based learning,” he said.

The team will travel to Goondiwindi later this year to carry out their first static test fire of Project Asteria.