Mineral Resources and Energy Minister Tom Koutsantonis announced that the feedback provided by community groups and members of the public with regards to the comprehensive proposal to develop a copper gold mine near Ardrossan is now available online.

According to the press release by the Department for Manufacturing, Innovation, Trade, Resources and Energy (DMITRE), the extended consultation period has yielded more than 260 submissions from members of the public and community groups.

“We asked people to provide their view on Rex Minerals’ Hillside copper-gold deposit on Yorke Peninsula and that feedback has now been collated and posted online,” Mr Koutsantonis said.

“This project has the potential to return full-scale mining to the Copper Triangle, the home of South Australia’s first mining boom. Before that can happen, Rex Minerals needs to ensure the public and government agencies that the concerns and issues identified during the consultation process are appropriately addressed.”

Mr Koutsantonis revealed that most of the submissions stated concerns regarding air quality, marine impacts, groundwater, native vegetation, noise and the impact of the mine on nearby agricultural land. Of the total of 266 submissions received during the consultation period, nine were marked “confidential” at the request of the individual authors, and further 17 asked not to be posted on the Department’s web site.

Rex Mineral’s mining lease proposal was placed on a six weeks consultation period starting September 12th, 2013, and was later extended by further two weeks in response to the public interested instigated by the proposal.

Rex Minerals is to review each of the public submissions as well as the Government submission, and provide a follow up thereafter through a Response Document, which will directly contribute to the State Government’s assessment of the Rex proposal. 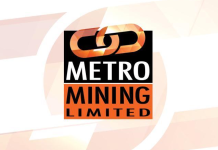 Santos to explore for gas in Queensland’s south-west